‘This is the voice of Quetzalcoatl, the feathered snake. I was once in a very long time a descendant from the celestial race, coming to Earth, incarnating into the human race to bring enlightenment. We used the elements of gold, of sulphur, of silver to do this alchemical process, uniting masculine and feminine, so a new consciousness could be born.

Why I was called the feathered snake is because I was uniting the deep energies of the earth (the snake) with the energies of the angelic realms (the feathers, the wings). So it’s in this combination between celestial and earthly realms and between the masculine and the feminine, that the alchemical process can take place of changing lead into gold. Which is not merely a symbolical language of changing one element into another, but also changing the human being, the consciousness of the human being, from darkness into light. While you have been working in Israel you have encountered this darkness, which takes on the form of hatred and anger and despair and all kinds of lower frequencies. You can change it into love, compassion and wisdom through this alchemical process. The quintessence of all these elements is the heart, the human heart, which is able to transform. Love can transform darkness into light. Love can transform hopelessness into vision. Love can transform despair into compassion and wisdom.

But there’s another secret that we want to talk about. The gold that was taken from South America and brought into Europe contained this curse, a curse of darkness, because it wasn’t given. And thus the power of gold was contaminated and became greed. People became possessed with greed, and they were focussed on the material development instead of the spiritual development, for which it was used.

There’s a certain museum in Madrid which has artefacts from the Inca and Mayan period, which hold incredible power. I see a crown, I see jewelry, physical objects that contain this spiritual power of the highest Mayan and Inca culture, that need to be released. Cause it contains the soul of the king, it contains the soul of the queen, and of the highpriestesses, and it’s this energy that needs to be freed from its cage so it can work again. There’s a lot of sadness connected to this, because this power cannot be used again.

So this is what you need to do in Madrid: find the gold – as well as in Switzerland, but that comes later. Release the curse and restore the spiritual power of the golden era of the Incas and the Mayas, and of all the American Indians from South America and the eastern islands. You will be given a tool that has tremendous power. Which we and I used for the development, the spiritual development, of the societies in South America. Use it well. Use it together, cos it can transform your world from darkness into light. 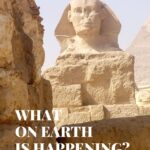