‘This is the voice of Ishtar. The fertilization of the cosmic egg has already happened, during your time and your co-creation in Shamballa. But now is the time that this energy that has been imprinted in the earthly blueprint will come to its manifestation on physical level. So things will start to change dramatically in the outer appearances.

It takes a certain attitude to guide this energies of birth, so it will be a really smooth birthing process. This is actually a call for all of you who are working for the light and for the highest good of all: to be very present, to be very aware, to be very gentle in this time. But also to be very awake, to really do what has to be done. To take your place and to believe in your power. To believe that you are helping this incredible process of the birth of a new consciousness.

Because this is what is happening at this moment in time. Together you are creating a vessel for this consciousness to arrive, to become manifest in the world – needed in this moment of crisis. So, that means for all of you: to become as flexible and transparent as possible. To take away all your own boundaries and obstacles. All your own hang ups. Everything that holds you back to be really available for this higher process. So you can be completely of service towards this work of light.

So this is the general picture for the coming months. It’s the birthing process of a new consciousness. Of course this means a different thing for all of you.

So let’s focus on the work in Italy, which is extremely important, because it affects the whole Western world. It affects the christian Western civilisation, which has its focal point in Rome. That’s where it’s originated, where the cradle of the dead civilization is. And it’s also the place where it has been transformed into a system with power and hierarchy. While in its original form it was pure inspiration. It was light. The lightworkers of those times were the Jews who were spreading across the Mediterranean to bring this new message of consciousness in their time. But after a period of time, after about three hundred years, this became distorded and became abused in a negative way. So in the time of Constantine the Great, it became an organized crime, you could say. Religion became a way to suppress people, to make them walk in the same direction. To unite them, but not in freedom, but in slavery. So religion had become a system of enslavement instead of enlightenment.

Now is the time that this system will drop its mask. It will show its real intentions. This won’t be easy for many people to understand, but for the whole world this needs to happen. It needs to become visible. People will see the real intention behind the system and the structures and the rules. So what you might do is create a lot of light around the city of Rome. As if you’re building a nest of light, so the egg, the dragon egg, can be hatched.

Ask for help. Ask for co-workers to tune into the work you are doing. Because it is not something you can do on your own with a small group. You really need a larger group of people that are holding the space. That makes it safe to do the work personally, otherwise it becomes a little bit fragile and maybe even dangerous. So take your work very seriously and ask for people to support you in this lightwork.

Let’s now zoom into this place of Rome and go deeper into the details of the place.

So beneath the Mountain of Prophecy, Monte Vaticano, underneath is a very powerful energy, connected to the water and the tombs that are under the ground. It’s this ancient knowledge of the Cybele priestesses that need to be called to come again. So the old knowledge of the Etruscans, of the connection to the Earth, to the Earth Mother and to nature, can be heard and be seen again. Because it has been plastered away for about two thousand years underground. It needs to come to the light. That means that the oldest, the patriarchal structures, will tumble, will fall away, will break. Because they’re too rigid, too mind driven. The life force needs to be acknowledged again. As a fountain, coming from the earth, from underneath the earth. Braking through the barriers and bringing light and aliveness into the world.

So again, it is the feminine energy that is revolutionary in breaking away old patterns. Breaking away the rigid structures of patriarchy. So you are working from this feminine birthing energy. But don’t be mistaken: also the male energy has his role in this, because that is the energy that needs to be healed and be re-awoken, so the real Christ, the new male energy, can come to the light. So it’s always a matter of co-creation between male and female energies. But here you see really the energy of the Madonna, the great Madonna. Holding in her hands that newborn child, that is coming into consciousness, that is coming into the world. Bringing a new light, bringing a new vision, bringing new hope.

So this is the work, and when you have done the work, there’s the time for celebration on Monte Amiata. There’s not to be done so much work over there, only actually the enjoyment, the enjoyment and fulfilment of the land, of the return of the ancestors. The return of the Goddess. The joy of food and wine, beauty and art. It’s about the word lavish. Nurture yourself, lavish, enjoy the fruits of the land. So make it a rich time. The lightwork has to be done in Rome and then the work, the energy of the Etruscans, can come to light again.

Are there any questions?’

‘All of these places, all of these Etruscan places, contain keys. They have stored knowledge and wisdom into the ground, into sacred symbols, into the earth. And it is for you just to really enjoy those places, to be there, to be in contact, because they will work… It is the road of flowers towards the mountain, between the sea and mountain: Viola is the connection. It is the road of the gods, from the mountain to the sea and back.

It is this ritual that you have been perceiving in Bali as well: that the gods of the mountain go to the sea and then go back to their dwelling. This is what was happening in the Etruscan’s time as well. By honoring the gods once a year they went down from their mountain and they went to the sea, to call upon the forces of fertility. From the ocean, from the feminine, from the time beyond time. They brought it back towards the mountain and thus the fertility and the generosity of the land was honored and secured for another year. This is actually what you’re going to do at the Easter time: to bring the fertility back. To bring the joy back. By going to the places and opening the road of flowers.’ 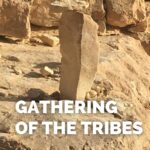 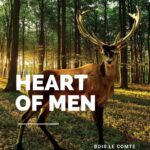