With Eran, in the stone square near Monsaraz. Which is kind of a fake, because there was never a stone square. It is rebuilt and the twelve original stones are from the valley of the river Guadiana. We’re listening to one of the stones to see if we can get the story of the place. I hear the voice of Guadiana.

“My name is given to a river, but I was the original creator, the Mother Goddess residing over this land. Holding the balance of nature, the beings of the trees, the flowers, and the animals, and the birds. I am Mother Earth, but in a very pristine form, a primordial energy, when things were not yet taking form as you know it. There was no density yet. There were light beings and energetic beings, connected to the plants and the trees and the animals. There were huge trees here, because it was more humid in that time, and the river was going through it, like a big source of life. It was the centre of our kingdom, magical kingdom, where life thrived in its diversity and in its many colours.

And then the darkness came. It started from the south and the east. It was like a cloud coming over our land, taking away the sunlight, obstructing the light to come in. Not the light of the sun, but the light of consciousness. The light of aliveness, the light of the energy that we lived by, and we forgot about that magical kingdom. Human beings took over. They started to live here and they were not aware of our presence. They couldn’t see the energies, they couldn’t see the devas, the dragons, the butterflies. Their consciousness was dense and blinded by their thoughts. They lived within their own minds, like you are still living in your minds, so you cannot see us, you cannot perceive us.

The twelve original stones, are beings, stone beings, talking about this ancient past. The thirteenth is me, Guadiana. Representing the Mother Goddess, the Creatrix.

Stop the manipulation, the distortion of the mind, and bring the stones back into a circle. Stop the illusion of religion and honour creation itself as the living church, the living gospel. Which you are part of as well, you are not separate from nature. You can bring back these stones into its original form by visualisation. Visualise the circle. Visualise the sacred space it was built in. Visualise the ritual, the ceremonies we did there. Vsualise the angels that came to visit, communing with the earthly creatures.

You are welcome here, the house is waiting. Don’t search for it, it will come to you.” 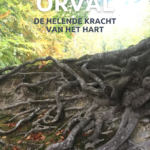 LEADERS OF THE HEART